Organized by the Union County Chamber Commerce Convention and Tourism Bureau and catered by City Barbecue, Representative Tracy Richardson was on hand at the luncheon to present Mr. Stolte with commendations from both the Ohio House of Representatives and ODA Director Dorothy Pelanda, this before Union County Commissioner Steve Robinson read the Commission’s Proclamation to those gathered.

The Union County Daily Digital is of the opinion that the text of the Commission’s Proclamation in dedicating the Pottersburg Covered Bridge to Mr. Stolte could not be improved with additional reporting, so the proclamation it is shown in its entirety below:

HONOR OF STEVE A. STOLTE

WHEREAS, Steve A. Stole has served the people of Union County in a variety of capacities for nearly 50 years, including his most recent role as County Commissioner, and

WHEREAS, Stolte had the vision to preserve our covered bridges and relocate the Pottersburg Covered Bridge to its current location on the North Lewisburg Multi-Use Trail, transforming Union County as a destination; and

WHEREAS, Stolte partnered with the Ohio Department of Transportation to create the Big Darby Plains Scenic Byway. This 40-plus mile route, designated in 2007 as an Ohio Scenic Byway, provides the backdrop for travelers exploring the open roads of Union County; and

WHEREAS, Stolte established the Pottersburg Bridge Preservation Fund, which has received nearly $23,000 in donations since 2016: and

WHEREAS, Stolte remains instrumental in economically impacting Union County through tourism. In fact, in 2021, visitors spent a record $203.4 million in Union County; and

WHEREAS, because of his efforts, countless domestic and international groups and leisure visitors have dined under the canopy of the Pottersburg Covered Bridge; a myriad of covered bridge tours have been conducted; scores of motorcycle, bicycle and car enthusiasts have traveled great distances to visit; numerous festivals, weddings and special events have been commemorated and immeasurable treasured memories have been made on the bridges of Union County.

NOW, THEREFORE, BE IT PROCLAIMED, that the Board of Commissioners of Union County, Ohio, dedicate the Pottersburg Covered Bridge in honor of Steve A. Stolte, and encourage all residents of and visitors to Union County to join us in recognizing him for his contributions to our community. 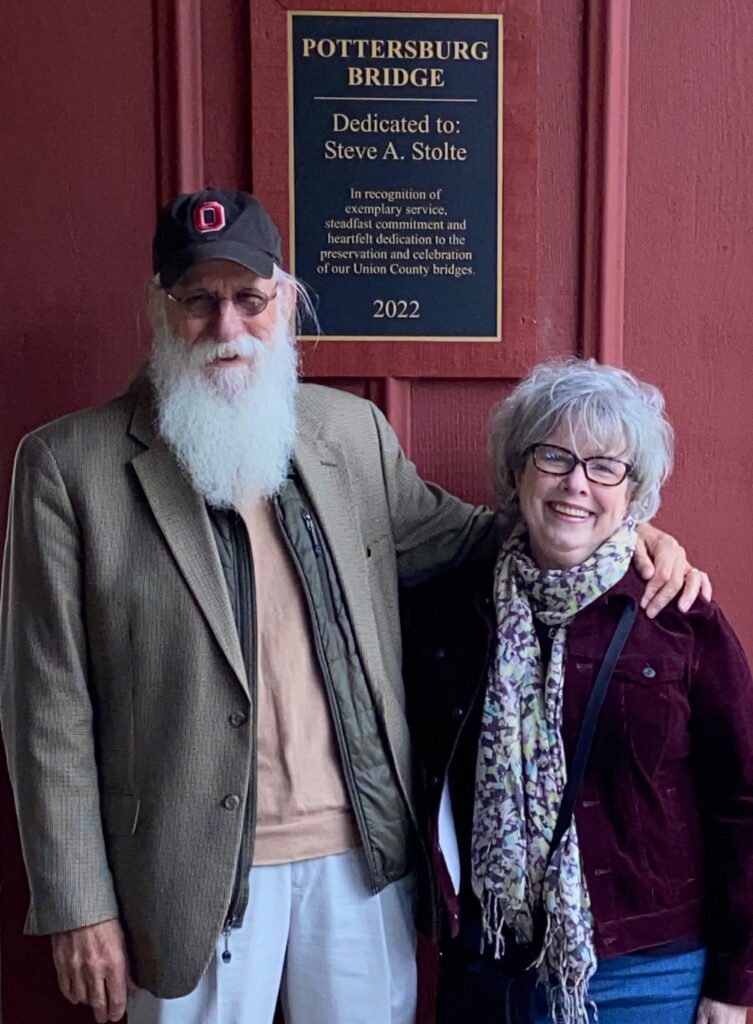